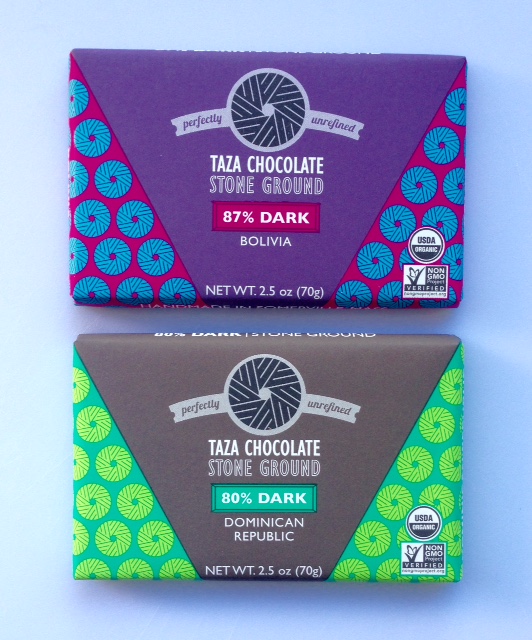 If you’ve been following my blog, you all know that I’ve tried Taza at least a couple of time before. I’ve been especially intrigued by their bars, and I feel like I’ve been learning about more and more flavor varieties in bar form than in the original discs. But before I dive into tasting these two bars, I need to talk a little about the company because I just realized I’ve never said anything about their background on here.

If you’ve had Taza before, you’d know that the texture of their chocolate is gritty due to it being “stone ground”. According to their website, the founder, Alex Whitmore, visited Mexico and tasted stone ground chocolate for the first time. This inspired him to create his own line of chocolate recreating the “rustic intensity” he originally experienced. Taza says their chocolate is unrefined with very little processing with the common goal of many chocolate makers in that they want the flavor of the beans to take the spot light. They use Mexican stone mills to grind down the cacao to create the grittiness in the bar. I’m confused looking at their diagram of their chocolate making process. Why the “mixing tank”, second grinding step for the discs and “disc/bar tanks”? Maybe because they say they aren’t using a conching machine it means less processing? I understand that after the chocolate maker receives the cacao beans, they roast and winnow them, then grind and conch the cocoa, then temper and put the chocolate into molds. If anyone can help explain what the mixing machine ism why there is an added grinding step for the discs and what those disc/bar tanks do, I would appreciate it. Anyway, I’m ready to move on to tasting the chocolate! 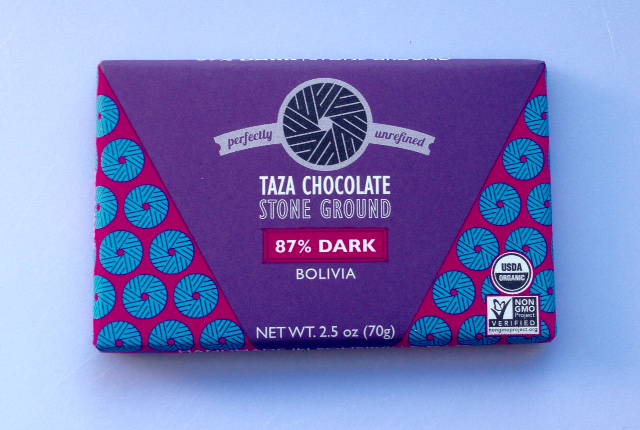 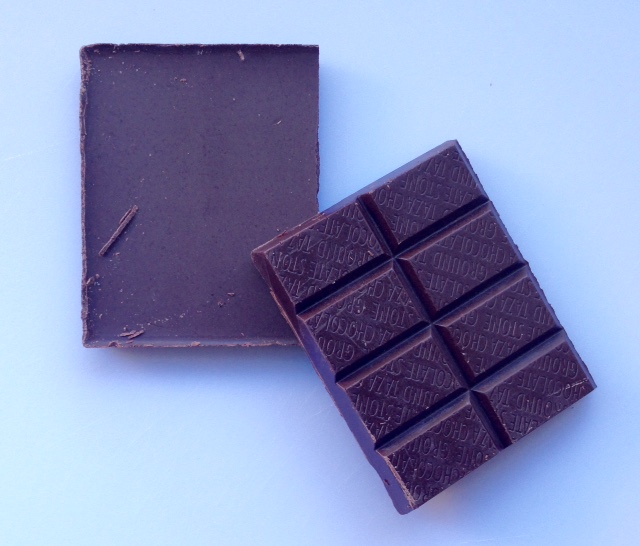 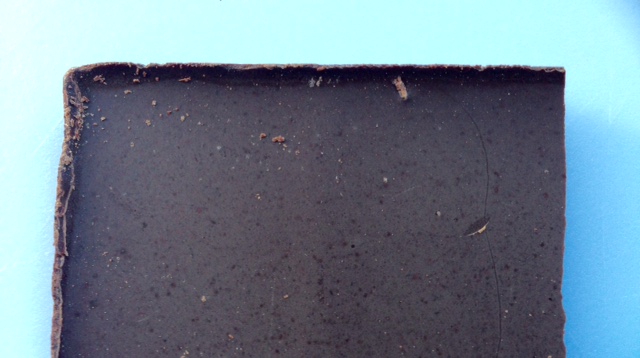 I wanted to stop and admire the smoothness of the back of this bar and seeing what looked like pricks of bits that lend to that gritty texture. This bar smelled earthy and berry-like. It immediately tasted astringent and earthy with some berry flavors in the background. The astringency decreased a little bit as my bite melted, but the earthiness and berry flavors remained. The boyfriend was able to immediately detect vanilla in the chocolate (ingredients: cacao, cane sugar, vanilla beans), but I couldn’t taste the vanilla at all. 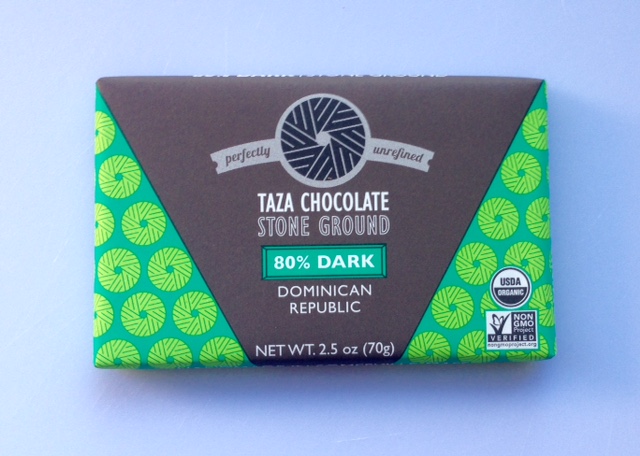 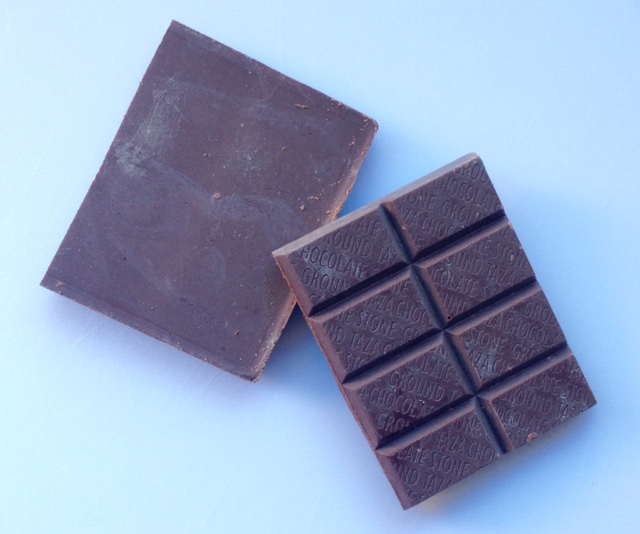 Once I had finally looked at the ingredients list on the back of the bars and saw that vanilla was in this bar as well, I could smell the vanilla in this chocolate as well as earthiness. This bar contained some cocoa butter. The color was a bit lighter than the 87% Dominican Republic bar. I tasted mostly earthiness and I could barely detect vanilla. This bar wasn’t as astringent and it was actually a tad sweet, maybe from that cocoa butter. The vanilla flavor was easier to detect toward the end of my bite.

As usual, I always enjoy trying Taza chocolate for their unique gritty texture. It feels interesting on the tongue. I’m glad to be seeing some seasonal bars out, like maple pecan and cranberry pumpkin spice. Why can’t I find these seasonal bars in store like I can find the raspberry and some single origin bars? I want to try the seasonal bars so badly! I might have to give in and order online. Thank goodness we’ve reached the season where chocolate won’t melt on us in the mail.

Taza: Made in Somerville, MA

© Time To Eat Chocolate 2016. Unauthorized use and/or duplication of this material without express and written permission from this site’s author and/or owner is strictly prohibited. Excerpts and links may be used, provided that full and clear credit is given to Time To Eat Chocolate with appropriate and specific direction to the original content.
Loading Comments...
Comment
×
%d bloggers like this: