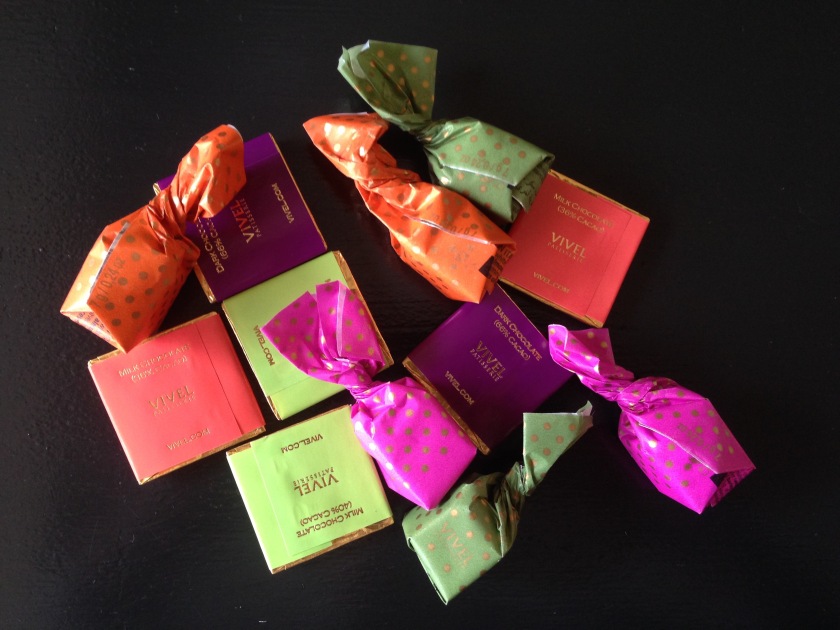 There’s a shop called La Vie Sucree in Tysons Corner, VA. I had driven past it many times and had wanted to stop by, but didn’t have a chance to for a long time. I thought it was a bakery because I looked up the name on Google, and found a Yelp page saying it was a bakery and such.

Finally I had a chance to stop by there and…

It turned out to be a chocolate shop!!!

I was so happy because more than one brand was being sold by this shop. It’s still not close to being as awesome as For the Love of Chocolate, but it would do. The nice thing was that La Vie sold different brands I had not heard of before. I asked the lady working there what her favorite chocolate was. She pointed to Vivel and said it was French, though on their website it says it’s actually from Dubai. Vivel is actually called Vivel Patisserie, and on their website I’m finding lots of baked goods, chocolates and other sweets.

Because I already had a pile of other chocolates at home to try and share on this blog, I only got sample sizes that day, though I definitely plan on going back!

Smelled bitter and gave a sharp snap when broken apart. It definitely tasted bitter and a bit acidic. The aftertaste was mainly acidic than anything else. The texture was overall smooth, though a bit dry.

Smelled and tasted slightly sour, but not in a bad way. It made the chocolate seem more interesting. Maybe it’s from all of the milk in it since this is only 36% cocoa??

Smelled and tasted more like the kind of milk chocolate I enjoy. It definitely had a richer  taste to it. It was also very smooth and creamy in texture! This was my favorite out of the three squares of chocolate 🙂 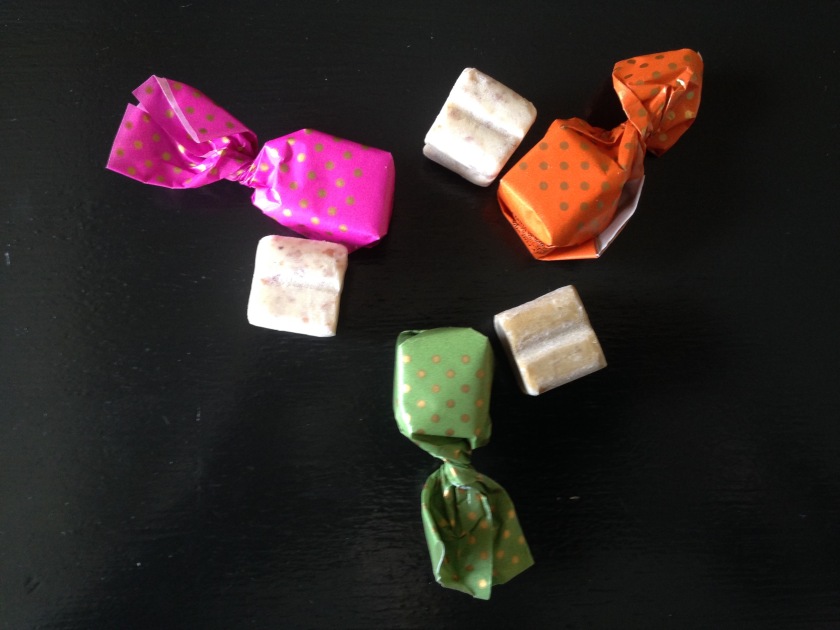 So, I’m not quite sure what these were. They look kind of like Turkish delights, but the last time I had Turkish delights they were chewy, and I don’t know if they have to all be chewy or if they can just melt in your mouth like these did. They were very light in texture and flavor, and had lots of delicate crunchy bits in them! I find it interesting that the wrapper says they were made in Italy for Vivel. The pink Turkish delight is rose flavored, the orange one is saffron and the green one is pistachio. I’m not going to go into detail on these since they’re not chocolates 😉

The bright colors and packaging for the chocolates and candy was very eye catching! For some reason it strikes me as modern in design and reminds me of Kate Spade designer handbags.

Vivel: Made in Al Quoz, Dubai